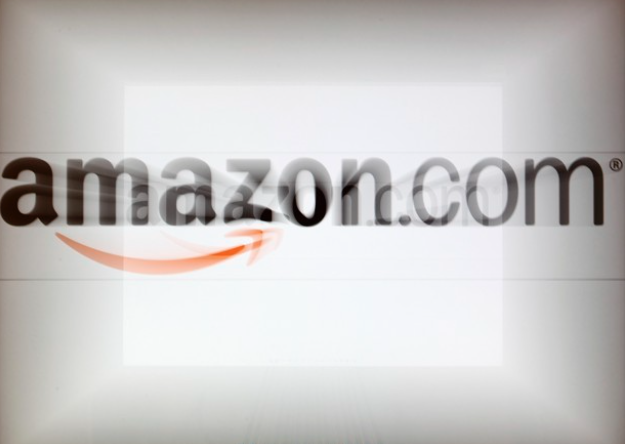 For those of you just joining us, we’re reviewing the reported book sales from 2016 and seeing what that means for us as Indie Authors. It’s one thing to simply shout about your book into the void and hope the right person hears you, but our goal at Nothing Any Good is to be smarter about and better with our marketing efforts.

If you missed Part 1, I strongly encourage you to check it out. We looked at the fact that readers are making more and more of their print book purchasing decisions online and why that is a positive sign for us Indie Authors. However, as hinted at in Part 1, it’s not all good news. In Part 2 we’re going to look into Amazon’s continued stranglehold on the market and what that means for Indie Authors.

As we went over in Part 1, 43% of all traditionally published books were purchased online in 2016. This is a positive sign for Indie Authors because readers rarely consider who the publisher is in their purchasing decisions (while bookstores rarely don’t). We even saw a 15% increase of print books being purchased online over the 2015 numbers, as presented in the chart below. It’s nice to see that Independent Bookstores are a growth market right now with a 5% growth over 2015, but all other brick and mortar stores are in decline. Unsurprisingly, the big winner in this market is Amazon.

That, my friends, is the rich just keep gettin’ richer in full effect. Just look at these market shares below. (I apologize for the blurriness.)

Already owning over 1/3 of the print book market in 2015, Amazon crept even closer to owning half the market in 2016. This from the same company that also owns over half the ebook market by many reports.

As Author Earnings so eloquently put it: This has good news/bad news ramifications for Indie Authors.

What would you like first? The good news? Okay, here goes.

Amazon has clearly paved the way for the Indie Author and self publishing book markets. They were the first to see this shift nearly a decade ago and were somewhat of visionaries in their execution. They built the slickest platform for authors to cleanly and efficiently publish their books. The original intent, I’m sure, was to provide a way for authors to cut out the middle man (publishers) and go directly to their audience (readers), (like most business models on the internet).

They’ve done an astounding job at it too. Have a look at this market shift over a 2 year period. In early 2014, Indie authors had taken over small and medium size publishers for the second most ebook sales in the game. But Indie sales were still a good 10+ percentage points behind ebook sales from the Big Five.

Look what has happened since then.

That is fantastic for us Indie Authors and this market shift is largely due to Amazon.

Indie ebook sales has well over half the market. #IndieAuthorClick To Tweet

First of all, I’m sure the original intent of Amazon’s self publishing platform was to serve a well under-served segment of the author community. They saw a void in the market where a top-heavy five publishers could predominantly dictate not only what was published, but also what readers actually read, (due to their marketing focus on particular books). This was an unacceptable market dynamic for Amazon and we’re grateful they entered into the void.

Amazon presented a way for authors to present their finished, polished books directly to the public at large. It was great.

But (and please note this is all conjecture; I have no special insight into Amazon’s book business strategies; but it is reasoned conjecture)…

But Amazon soon saw another unserved market segment. They noticed that there was a large population of people that wanted to be authors, but didn’t really want to do the work to become an author. These “authors” had the beginnings of a book idea, but didn’t really care to put in the effort to write, revise, write, edit, revise, rinse and repeat.

This didn’t matter to Amazon whatsoever. Why would it? If someone wants to take a vanity project of words, slap a cover on it, and convince their closest family and friends to purchase it, what difference does it make to Amazon? They take a cut regardless.

For those of us Indie Authors truly scrapping, clawing, and working our asses off, though, it created a huge problem.

Essentially, it watered down the Indie Author brand. If Indies want to be viewed as legitimate and to sell to a market beyond just family and friends, they need to find ways to legitimize themselves to rise above the noise of the millions (yes, millions) of Indie books in competition.

There are many ways to do this, but two are time and again the most successful. The first is as old as the day is long: Get published by a Big Five publisher. That immediately separates your book from the watered down brand that is Indie books.

The second, is controlled entirely by Amazon. You guessed it, rankings and reviews. If you want your book to get noticed by readers and rise above the fray, you need reader reviews and strong rankings, which are entirely controlled by Amazon. You know what they say, the person with all the gold makes the rules.

This is where the second interesting thing has happened to Amazon’s business plan, (at least as it appears outwardly to us Indie Authors). While Amazon was touted for a long time as THE pro-Indie and pro-self-publishing platform, there’s been a slight shift in perception recently. Over the last 18 months, it seems more and more Indie Authors have taken issue with new practices and rules.

You don’t have to go far to find an Indie Author that has had honest reader reviews deleted by Amazon.

You don’t have to strain to realize that very few self published authors actually make money.

There have been articles from The Atlantic and posts here about Amazon’s slow response and perceived indifference to copyright infringement being carried out on their platform.

Amazon’s KDP option has been wonderful for some, but has squeezed others in both obvious ways (KDP requires exclusivity preventing an author from selling their book through any other outlets) and non-obvious ways. (KDP’s 70% royalty plan looks mighty enticing compared to the 35% royalty plan. That is, unless and until you realize that the 70% plan is based on net income, while the 35% plan is based on gross sales. This means that a book price at $9.99 brings you as the author $3.15 under the 70% net plan, while it would bring you $3.50 under the 35% gross plan. My thanks to Doris Booth of Authorlink for bringing this to my attention.)

All of this is not to say that Amazon is terrible or in need of derision. Not at all. Amazon has been wonderful for the Indie Author community.

However, it shouldn’t go without notice that Amazon has tremendous power and control over our fates right now. As that Pac Man continues to chomp up the market share of the former giants, the less options us Indie Authors will have. While we’re not there yet, in recent months we seem to be moving back to the same market conundrum with which the Big Five dominance presented us in recent decades.

The point is simply this: Be careful. Don’t view the recent market shifts with only rose colored glasses.

So the takeaways from today’s review of the numbers:

Alas, it’s not all doom and gloom, though! 2016 brought some very positive trends for Indie Authors. Check back later this week as we continue to dive into the market trends further.