It has been a few weeks since we’ve had the pleasure of going through my favorite author social media posts, so we might reach back and grab more than just from this week. We have a lot of first timers on here, which is great. Good to see some new blood making the cut!

While I’m pretty sure we just tell ourselves this to feel comfortable about being weirdos, I’ll take it! I got strange for days in my heart!

Very often I get asked, “Who do you write for? Is it the children you’ve met?” No. It’s for me. Just for me.
J.K. ROWLING#amwriting pic.twitter.com/Gmt5mTQCz6

This is easy to say if 7 of your books are in the Top 25 best-selling books of all time, but a little more difficult if you’re struggling to make it. I agree with it, and writing for herself and not “the children” is probably one of the reasons J.K. Rowling became a success, but still, it’s easier for her to say now.

Can you believe that Harry Potter holds 7 of the Top 22 spots?!?! That’s incredible to me every time I see it. Wow. Just Wow. (“She” is on there too. Never even heard of it. Anyone read it? Am I a moron for never having heard of it?)

This next one’s great advice for every writer.

I love me some adverbage and I need to remind myself of this often. Thank you @DougWallace1973!

I really hope this next one isn’t photo-shopped in any way.

I can’t think of a reason that this kid would be jumping like that away from the hoop while his teammate grabs the rebound, but I’m choosing to believe it’s not photo-shopped. High school basketball players do the weirdest things on the court. I wouldn’t put it by this kid- Mark, I’m calling him Mark- I wouldn’t put it by Mark to be showing off his vertical mid-play to his girlfriend in the stands. 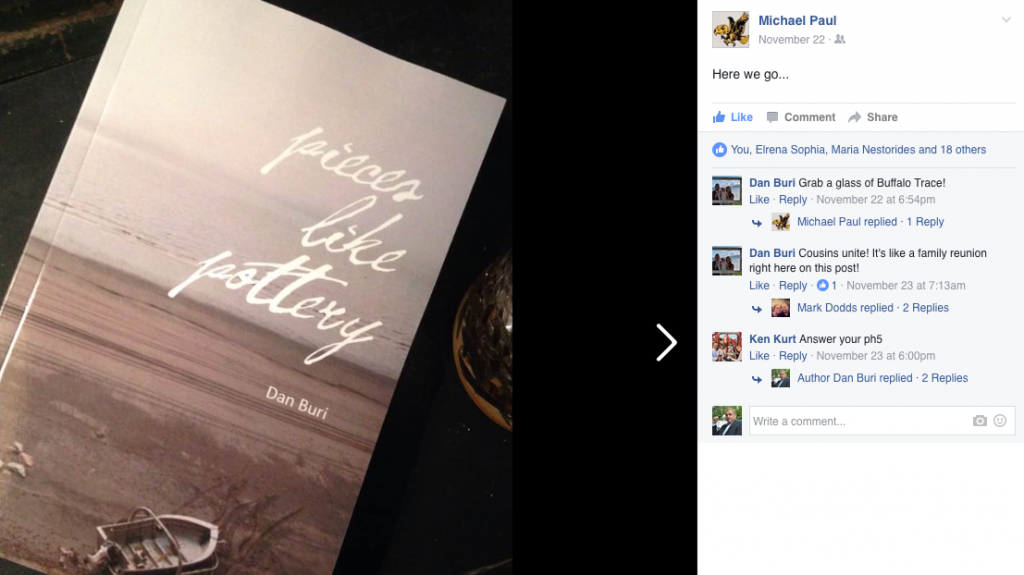 Now that’s how you read a book friends! This guy knows what he’s talking about. You buy the book (preferably the one from the picture), you pour yourself a glass of bourbon, and then you let the world know that you’re reading the book. He knows. He gets it.

(So what if it’s my cousin. Screw you! You don’t think cousins can buy and read books of their own free will?!)

I love this tweet. I love the pic and the Tim Campbell quote is a good one. If you can trigger the readers imagination, rather than your own imagination as a writer, that’s where genius writing becomes a reality.

Congrats @assaphmehr! Drinks on you!

When I want to read a novel, I write one. #amwriting #author pic.twitter.com/e42aymq4QC

Before you say you love this and then we both stare at each other awkwardly, I should let you know that I hate this. It’s stupid. No one has ever said this in the history of the world. There isn’t a single reader or writer that’s ever truthfully said this. As I said on twitter, the only time this sentiment would ever even remotely apply would be when @Nick_Offerman wants to sit down. (“When I want to sit in a chair, I build a chair.”) What a dumb thing to say. I hate this.

Now, what was that you were saying about loving this tweet?

Has anyone ever called something interesting and not meant it partially as an insult. Should I be insulted that @foreverhear called me an interesting fellow? Or should I just accept it since I am, in fact, a weirdo?

As a Christian, I have to share something. Sorry, but you’re going to have to listen to me preach for a second. Deal with it. 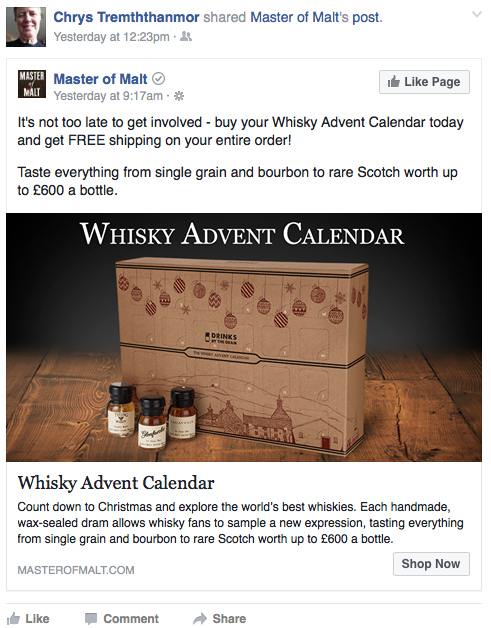 You mean to tell me, every night my 3-year old daughter can grab a piece of chocolate from her Advent calendar and I can take a shot of whiskey?! Yes please! Sign me up!

If you didn’t see it, I loved this #MannequinChallenge.

Look what I got everyone to do! It’s the #MannequinChallenge at the @WhiteHouse! I'm in the pink dress laughing with @RitaWilson! pic.twitter.com/fYPvYcMJ57

Robert DeNiro is just too good. He’s probably really mad that they didn’t ward him when they were going to start the video and he wasn’t able to get his full mannequin on. Either that or he just don’t give a F-.

Let’s end the week with some excellent advice from a literary legend.

Fantastic advice. Keep writing away, friends. Don’t worry about quality on the first draft. Take chances with your writing! Learn to fail.

This was so obvious to me once I read it. How did I never think of this before?! How have I never heard anyone make this joke before?! Why are voodoo dolls only used for evil? I need me a voodoo back rub.

You know, because that’s what everyone thinks about authors when they think of authors right? When you tell people, “I’m an author.” Don’t they immediately respond, “Oh, you work miracles huh?!” This shirt is confusing.

Let’s have a look at some actually inspiring quotes.

These are great. If you’re looking for a little inspiration as you write, just remember to be humble, but that we are all connected and your work makes a difference.

Congrats to Chicago and Cubs fans. It’s been 25 years since my Twins have won the World Series, but you had us beat four times over. Well deserved.

Here’s an interesting thought from Cubs’ manager Joe Madden prior to Game 7. While unrealistic, I love positivity and positive people.

Joe Maddon's stance on Twitter is music to our ears: https://t.co/UOEreBidHG #WorldSeries pic.twitter.com/1bszflcAeg

And this next one I just enjoyed. I’m not even entirely sure why. It just struck me.

And now, the dream of any book lover! Imagine reading your favorite book in that delightful space.

A place where book lovers could actually enjoy the Great Outdoors pic.twitter.com/pgQ9yUQeGg

Before we end, I want to offer three inspirational quotes from @kentstuver. (Well, from Ted Rubin, Dr. Seuss, and Albert Einstein, but you get what I mean.)

Your value doesn't decrease based on someone's inability to see your worth. – Ted Rubin #quote

You know you're in love when you can't fall asleep because reality is finally better than your dreams.
― Dr. Seuss #quote

Learn from yesterday, live for today, hope for tomorrow. The important thing is to not stop questioning.
― Albert Einstein #quote

Finally, I’ll leave you with a beautiful post from my amazing cousin. 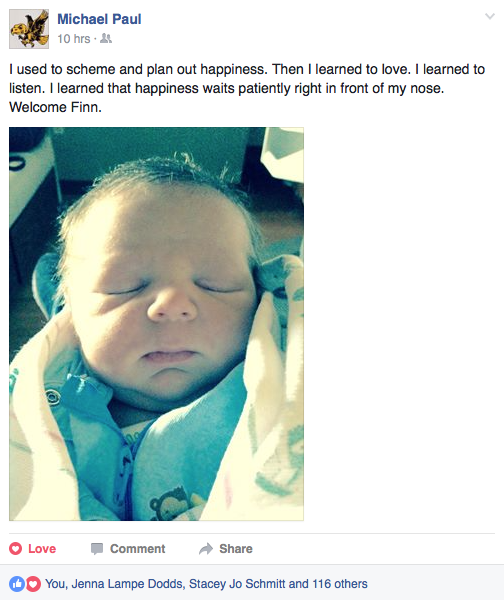 Keep writing away! Have a wonderful weekend.

We’ve had another great week of tweet and posts. Thank you everyone for sharing your wonderful thoughts on social media! (Well, except for those of you that love trolling, in which case, knock it off.)

Let’s start with an announcement from Cheryl Holloway about the 3rd Anniversary of her blog. Congrats Cheryl! That’s amazing. If you are interested, you can join her celebration on September 6th.

Keeping with the theme of candle pics, this tweet was a good reminder for me on why I write in the first place.

If my words can bring light to someone's darkness that is what matters to me…#lightindarkness #hope #inspiration pic.twitter.com/tba3nsP4Ps

Yes, I would love for my book to be a smashing success, but it’s always good to remember why we write. If my words can inspire someone to do something they love or encourage someone at a low point in their life, this is what matters to me. If your writing is humorous or full of adventure, remember that you want to make people laugh and excite them. It would be great to sell books, but it’s also great to have readers that get the point of your work.

Anyway, if you’re looking to write your next book, here’s 100 questions to ask from @authorKEGarvey via @olivierwrites.

Some good questions in there to ask.

I would LOVE to read a book that includes a link to a specific song to listen to while I read specific parts. Who's with me?

I love this idea JM! I have had this same thought and I’ve toyed with the idea of how one might be able to achieve this with an ebook. In fact, the first story in Pieces Like Pottery has 10 songs tied to each of the 10 sections of that story. Only a few readers have identified this. I may run each segment on Nothing Any Good at some point with the songs included so you can listen to the song while reading it. If I hear reader interest in this, I’ll do it for sure.

Now a thought about love and empathy.

Love people for who they are and not for who you want them to be. That's where the disconnection starts #AlexElle pic.twitter.com/Tb3n5QBzEa

We all too often in life look at our loved ones for who they might be some day or what they could be if they just tried a little harder. This isn’t fair to them and it isn’t fair to ourselves. Don’t love people for what you want them to be. Love them for who they are. Full stop.

George Carlin was a great thinker. Most people know him primarily as a comedian they either loved or hated, but he was first and foremost a great thinker in my mind. I love this sentiment of teaching our children to question what they read. It’s the only way to be thoughtful human beings.

Those of you that have read Expect Dragons, or have been following my adapted 40 Tips for Writing Your Novel, will realize that I love people that intelligently and respectfully question. In Mr. Smith’s 40 Tips for College and Life, tips #2 and #3 are as follows:

3. Question those who question authority.

Finally, a thought that every writer can relate to.

Sometimes you have to tear the words out of you; at other times they just dance in front of your face #amwriting pic.twitter.com/Tt7UFgLM8i