Coming Up With An Original Narrative 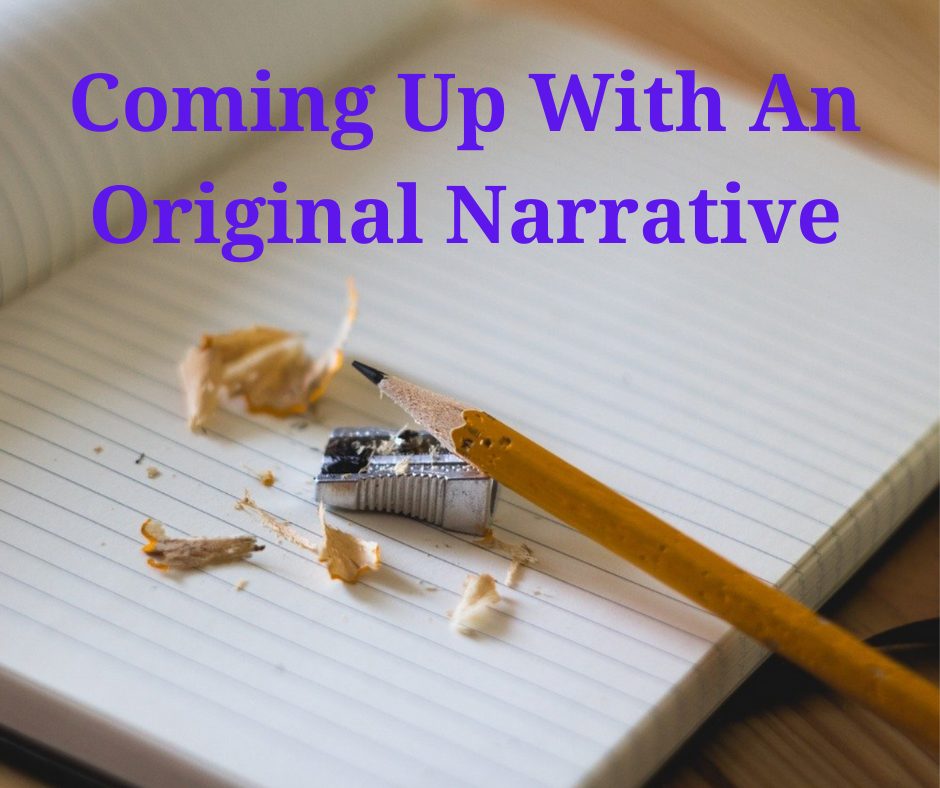 An original narrative is out there for you to write; all you’ve got to do is put it together and write it! However, the journey can be a little long and take a lot of effort, and there’s plenty of cross referencing you’re going to need to do along the way. But don’t worry, this post is here to help you out with coming up with your original narrative, and being the kind of author you’ve always wanted to be, so be sure to start with the points we’ve listed out below. END_OF_DOCUMENT_TOKEN_TO_BE_REPLACED How Two Words Changed the Course of My Career

Several people who have read my book–Memories of a Mad Man–have given me what I consider a supreme compliment. They said that while they were reading it they felt like I was sitting in the room talking to them. That compliment had its genesis over forty years ago when I was a junior copywriter in a Madison Avenue ad agency.

To break into advertising any way I could I had taken a job in the mailroom, my bachelor’s and master’s degrees be damned. (Neither of them had anything to do with advertising.) The agency’s creative director was on my mail delivery route and one day I got very brave. Along with his ordinary mail, I dropped in his inbox a piece I had written for the night school copywriting course I had just taken.

When he called me up to his office I was terrified. But he surprised me by saying he thought I might just have the makings of a copywriter. And a few days later I was sitting in an office overlooking Madison Avenue as a brand new junior copywriter.

My first assignment was to write a radio commercial for our client Redbook Magazine that would entice listeners into buying the next issue. This was during the Kennedy years and in an advance copy of the next issue I found an article on Caroline Kennedy’s life in the White House. I sat down at my typewriter (remember those things?) and painfully wrote and rewrote and re-rewrote the 60-second commercial.

When I got up the courage to show it to my boss, he scowled. It was bo-o-o-oring. As he handed it back to me to try again, he said something that changed my life. “Write conversationally…as if you’re talking to them, not writing to them.” And he meant it for all my advertising writing, not just for commercials.

I went back to my office armed with a whole new way of thinking about writing and I gradually discovered that the words flowed more easily. My new radio commercial made it onto the radio.

I began applying his “write conversationally” advice to everything I wrote. And it worked. I found that writing in that style was easier for me. Even more important, my clients as well as the audiences they wanted to reach tended to like the ads and commercials I wrote. That’s pretty important when we’re asking the client to spend millions of dollars on running them.

That “write conversationally” style led to another important change in my writing. While writing my book, I had hit the dreaded writer’s block. I mentioned this over lunch to a fellow author who gave me some advice.

“Instead of typing your ideas,” he said, “try dictating them.”

I went back to my office and tried it. It worked. My block was broken, ideas flowed more easily and conversing with my computer fit very well with my conversational style. I’ve been dictating a portion of my writing ever since.

I don’t suggest every author write conversationally. That fit my profession which was talking to people via radio, television and the printed page, trying to convince them to buy something. But whatever the style an author chooses, I can’t help but think that dictating can oil the wheels of their creativity as it has mine, especially during those dreaded times of writer’s block.

Write Conversationally. I attribute much of my success in advertising — and now hopefully in book authorship — to those two words.

Starting as a junior copywriter in a Madison Avenue ad agency in the ‘60s, Don Spector qualifies as a genuine Mad Man. Creating advertising for the agency’s high-profile accounts like Smirnoff Vodka and Tareyton cigarettes, he began his ascent up the creative ladder in several New York agencies. His commercials and print ads for advertisers like Xerox, the Yellow Pages and Jaguar ultimately led to an offer of a key position in Los Angeles-based BBDO/West where he was soon named Creative Director.  After moving to a similar position at Foote Cone Belding/Los Angeles, he eventually started his own agency where he served until his retirement.  The advertising he created for dozens of companies like ARCO, Absolut Vodka, Bristol-Myers and S.C. Johnson won numerous awards. But, more importantly, it generated millions of dollars in sales for them.

To find out more about his book and discover retailers, you can visit MEMORIES OF A MAD MAN on Goodreads!