The Courage to Create How Writing More Will Lead to Writing Better

I can understand skepticism regarding this idea. It makes sense that in order to come up with a really great idea you have to put a great deal of work into it. But this is where common sense may fail you. Creativity is counterintuitive.

There is more trial and error in creativity than you may realize. I once heard an analogy that may shed light onto this point.

After the month elapsed the professor had the two groups present their final work. Each group, after a lot of hard work, unveiled their final work. Before the unveiling, there was an assumption made by the class that Group 1 was going to win. Given the limitations of Group 2 and the advantages presented to Group 1, you can see why they thought this. However, to everyone’s shock, the two vases unveiled could not have been more different regarding quality, aesthetics, and sturdiness.

Group 2’s vase was unparalleled in every way. Group 2’s vase was superior to Group 1. But how could this be? Group 1 didn’t have any constraints. At best, Group 2 was slated to produce more, but no one thought their product would be better because Group 1 was granted the time to make a masterwork.

The class demanded an answer from the professor. The professor smiled. He said because Group 2 was forced to produce more, they were given greater opportunity to learn from their mistakes. This allowed them to reflect, make modifications and ultimately create a beautiful final product. Whereas Group 1 put an inordinate amount of time into only a few vases, effectively limiting their mistakes and limiting their learning.

My challenge to you: Embrace the process of failure. Trust that your mistakes will lead to success.

The lesson for writers— and anyone really—write a lot and make a lot of mistakes. Don’t get hung up on making your work perfect. And don’t give up. The first book I wrote was an abysmal failure. The writing wasn’t good. The structure of the book was nonexistent. My sentences were clunky and unclear. I didn’t know who my target audience was. I probably made every writing mistake you could make. And sadly, I spent 2 ½ years on the thing.

I could have looked at all those failures and given up on my dream of becoming a writer. But, instead I learned from my mistakes and kept writing. I realized the first book was exactly that, my first. It wasn’t my one and only shot at writing a book I could be proud of. And the book wasn’t my one and only good idea. It was, in fact, the floodgate to a host of future ideas and books. After making this realization, I found that I was more excited to write. I had more ideas. I was more passionate and better equipped to execute my new ideas.

I now see my past writing failures as essential to my current writing successes. I recently finished and published my latest book on thinking errors that render parents ineffective. When writing my latest book–When Parenting Backfires—I utilized all the lessons I previously learned. Not only did I write the book in half the time it took me to write the first one, I also enjoyed the writing process more. The writing is clearer, more focused and purposeful.

Again, this progress is the product of learning from failure.

My challenge to you: Embrace the process of failure. Trust that your mistakes will lead to success. Trust that your current idea that feels like a dud will lead a stroke of genius. It will be a stepping stone to your magnum opus. And keep in mind it is an act of courage to create. Don’t think for a second that it’s trivial. No one else can articulate your vision with your voice and your passion. Only you can breathe life into your idea. 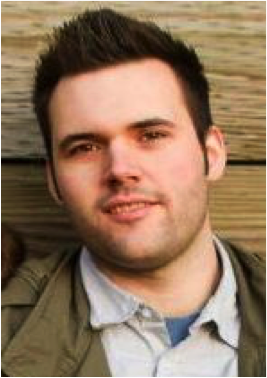 Daniel Bates is a Licensed Mental Health Counselor who works with families dealing with violence, substance abuse, and legal issues. He loves to write and think critically. He’s passionate about writing and reading poetry, discussing philosophy/theology, spending time with his wife and daughters, connecting with friends, and getting lost in a good book.

Daniel has written several books of poetry and non-fiction books on mental health issues and spirituality which are available on Amazon in both kindle and paperback. Daniel also writes for two online magazines: mum.info and FamilyShare.com, in addition to his own blog. You can find links to Daniel’s books, read his blog, and view and purchase his paintings at his website.